It's been three days since we disconnected the cable and internet at our home. I might just be going through withdrawal. Maybe that's why I'm here in the coffee shop pounding out a post and frantically looking on the internet at everything I'd like to read (on a fully size screen...my phone has internet, but it just proves too tedious to operate for lots of reading).

Why might someone do something as crazy as cancel their cable and internet?

Well, it began with good intentions. Over Christmas break pretty much every TV show we watch was in reruns so we didn't watch a lot of television. By cutting just that out, we spent more time reading and just time together as a family. Then my husband came home and proposed we cut out both tv and internet. I readily agreed...without really thinking it through.  He charmed me with lots of family time and the prospect of extra money we'd have if we didn't that bill to pay. (He says to put in savings...I say to spend on home projects. Whatever. )

Then the TV was gone. And the internet. And it was a little boring. We did end up getting an antennae so we can pick up over the air channels, but what I'm missing most is the internet.  It's really showing me how much time I spent surfing Etsy, Facebook, Pinterest, and blogs.  I don't know if it's a good thing or a bad thing yet.

Maybe I'll make my weekly trip to the coffee shop a ritual and get my internet fix here each week. Wish me luck. I'll let you know how it goes.

Labels: What The What?

How I Spent My NYE

Once you have children New Year's Eve just isn't the same. For example:

I began the day by ripping out the entire contents of my pantry to reorganize it. (Here's to getting a jump start on my New Year's Resolution...Organize!)

I did a little shopping with my Mama. To buy a dress for NYE??? Nope. To buy fabric and accessories for a little home project. More on that in another post.

I enlisted the children to help me make my first batch of homemade laundry soap. I was inspired by this post (actually, Kelle inspires me daily!) I used Sweet Orange essential oil instead of lavender and it works great!

And then the grand finale of the evening was at 12:53 when we awoke because Bug had an accident in the bed after being put to sleep without a pull-up.

Don't be jealous of my fun! ;)  It was actually a wonderful New Year's Eve and Day. We ate pork chops, black eyed peas and turnip greens for New Year's dinner. Here's to prosperity, luck, money, and my resolution to stay organized. 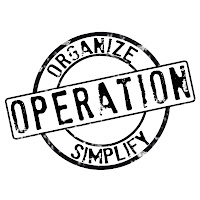 It was a very Merry Christmas at our home this year! The RedHead and I celebrated our 8 year anniversary on December 20th and I arrived home to find this mystery gift on the doorstep. 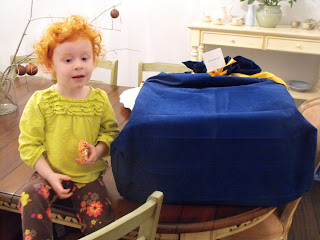 Lilly-Belle is really wondering what it is?!? 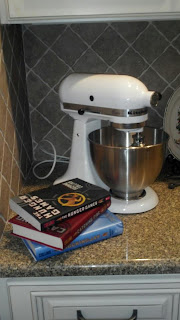 Ta-da! It was a Kitchen Aid Stand Mixer (which I've wanted FOREVER!) and the Hunger Games trilogy. If you haven't read this series, go buy the books, lock yourself in your room for three days and enjoy. They are SO good! I was totally surprised by his gift, but the best gift is the wonderful eight years we've spent together since we said, "I do". 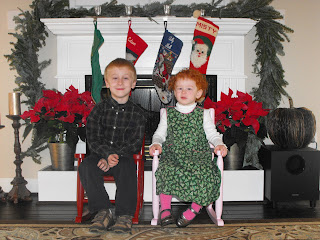 Christmas card photos were taken...which is really hard when my children like to make goofy faces in practically every picture! 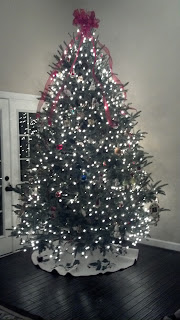 We put up a really big tree (the bigger the better!) and I named her Lucy. Don't worry, we did adorn her with gifts later. 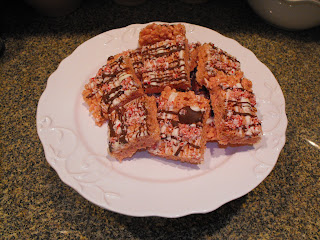 We made several batches of these yummy treats: Peppermint Bark Rice Krispie Treats  and Christmas Party Mix. On Christmas Eve, the family came over to celebrate and we had a fun surprise guest...
Santa! 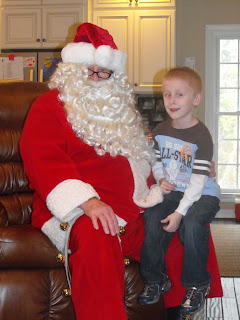 Colson telling Santa he wants a Nintendo 3DS, some candy and a couple surprises. 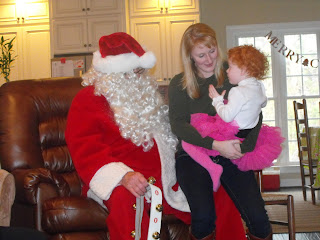 Lilly-Belle told Santa that she wanted a "horsey". 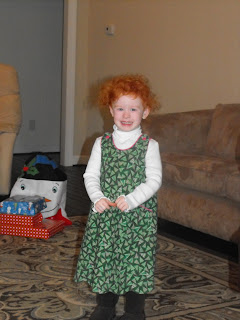 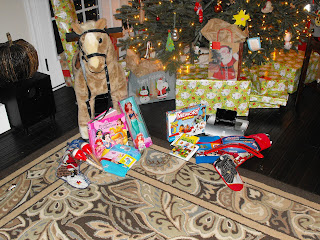 Then Santa came back and brought lots of goodies!
On Christmas morning, the RedHead cooked his traditional Christmas breakfast, biscuits and gravy. He also added Apple French Toast this year, which was delicious! His parents and my Mama were here to open presents too. 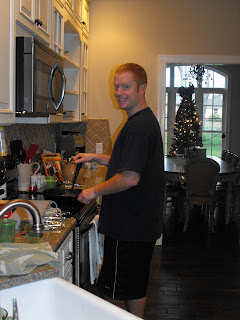 One more reason I love him! 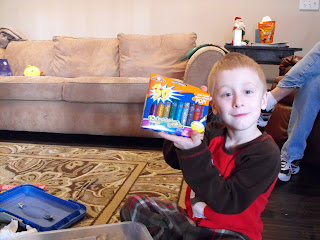 Colson with the glitter pens from his art box. 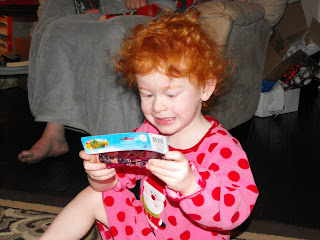 Lilly-Belle with her new sunglasses. 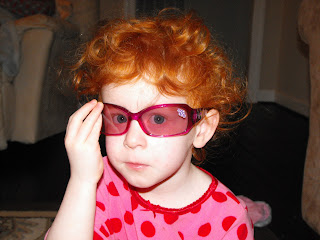 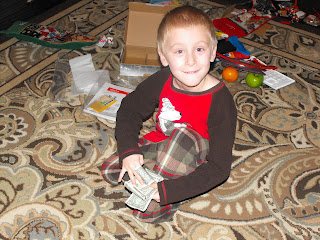 Colson found a few dollars on the switches in his stocking. 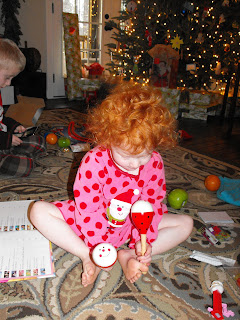 Bug with her Ladybug maracas. 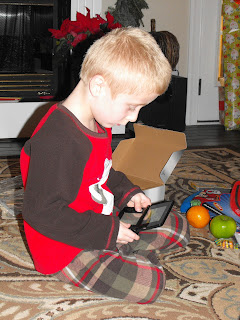 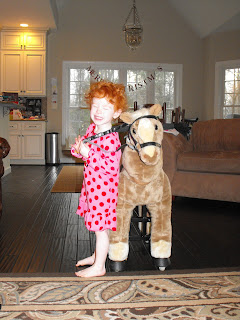 Bug cheesin' with new horse named Honeybun.
On Christmas day we went to visit more of the RedHead's family and the kids got to ride real horses, which made Lilly-Belle's day! 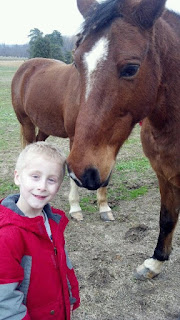 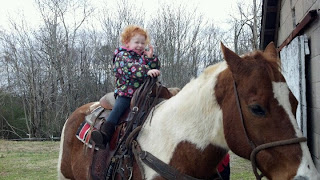 She was in heaven!
We were certainly blessed this year, and I look forward to seeing what 2012 has to bring. Merry Christmas and a Happy New Year!

Posted by Southern Belle Mama at 12:28 PM No comments: