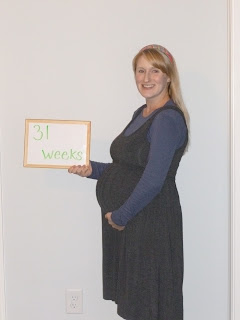 Hi Point: Several really good things happened this week. I got a prenatal massage which was Wonderful! I have had back pain with this pregnancy that is unlike what I experienced with either Colson or Lilly-Belle so this was quite a treat. We even talked about her working with me during labor if possible (fingers crossed!).

I also had a baby shower at work that was given by the team of teachers I worked with. It was such a blessing and I enjoyed it so much. They planned everything around the colors of the nursery (gray and yellow) and they even incorporated elephants into it as well. I am so lucky to be surrounded by such kind and caring people! Thank you so much!!

Lo Point: Paranoia. I felt like I was willing myself not to go into labor this week. Did I have contractions? No. Any other signs or symptoms? No. Just straight up paranoia...mostly because the full moon was coming, as was Hurricane Sandy. It would be me that delivers under these circumstances, but it wasn't. Thank goodness.

Siblings: Lilly-Belle was super excited when I brought home the goodies from the shower. As soon as I opened up a pack of the diapers, she had to have one to put on her baby. She is getting to be such a big girl...she also got her ears pierced this weekend. She'd mentioned it several times because her friend, Tori, at school has her ears pierced. I had kinda talked her out of it because I told her they would pinch her ears, but then when we had the opportunity I changed my mind. We went by the place twice and she decided to do it. She picked out pretty pink earrings and she was so brave. She did cry for just a minute when they did it, but was quickly distracted by the sucker they gave her. Doesn't she look fancy? 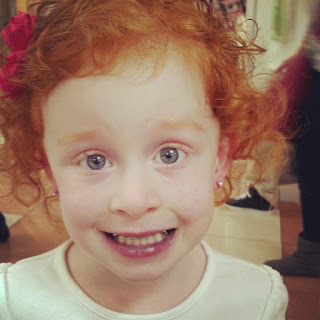 Cravings: Old fashioned cherry cokes from the drug store and pecan pie (which my Mama so kindly delivered to me at 9:30 on Friday night) 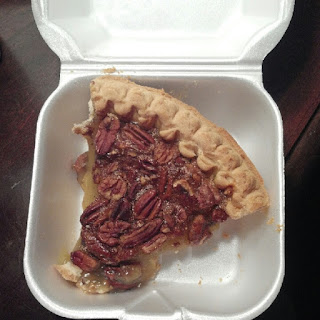 Looking Forward To: Just continuing to cook our ButterBean. 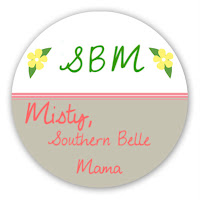 Posted by Southern Belle Mama at 3:44 AM